One day in mid-December 2019 we received an email with a quote request for a mobile app.

As usual we called the potential customer to deepen the project and define the requests,and then Gabriel took some days to come up with a quote for him. A few days later, on December 23, me and Gabriel met as usual at a coworking/costudying place to talk about Proance, and like each other time, we’ve started by organizing the tasks and deciding what to do first, in order to maximize our productivity for the day. Long story short, all of the tasks were about Proance, except for the quote, so we’ve decided to focus on the latter first. But unfortunately the potential customer didn’t had a clear vision of all the features he wanted, so we had to understand on which options to focus first, and of course each one of them had a different development cost.

The problem was that we wanted to focus on Proance for that day, and writing a document for him to understand which features to implement and so on was surely going to take a few hours.

Therefore we’ve decided to look for a tool that would allow us to create a quotation form, with various options and prices. The first thing that came to our mind was using Google Forms/Typeform or something like that. But unfortunately, after several tools examined, we weren’t satisfied with what we found. Thus was born the idea of creating a service that allows you to create quotation forms and give the customer, in real time, a price estimate of what was going to be the final price.

To understand if the idea could be useful to someone else as well we opened up an Upcoming page on ProductHunt, where slowly (it was the days between Christmas and New Year’s Eve) we’ve started collecting some users.

Based on these data and on our necessity to deliver a good quote, we’ve decided to start developing, and in the worst case it would have been a learning-lesson and resolved our internal needs. 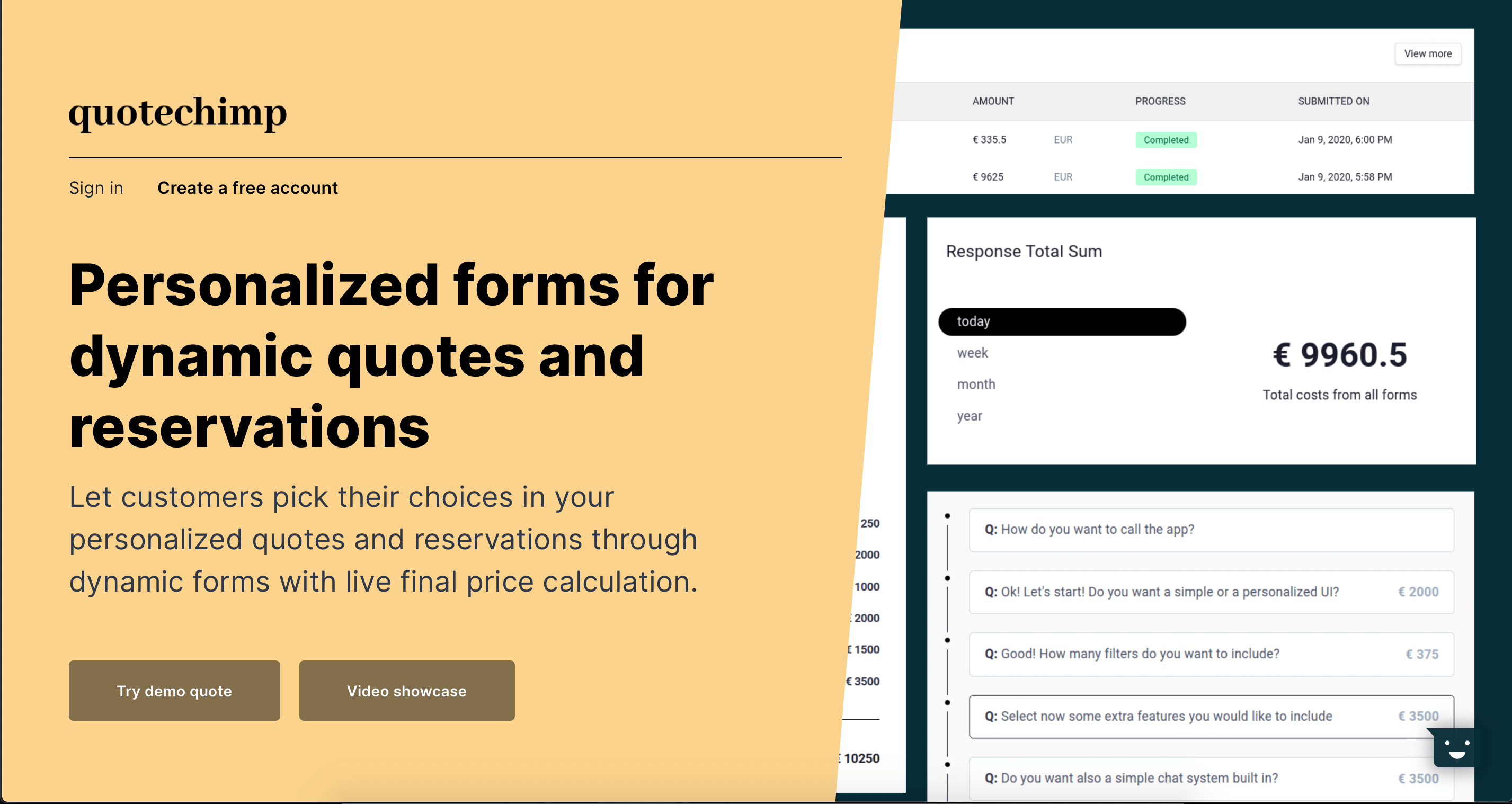 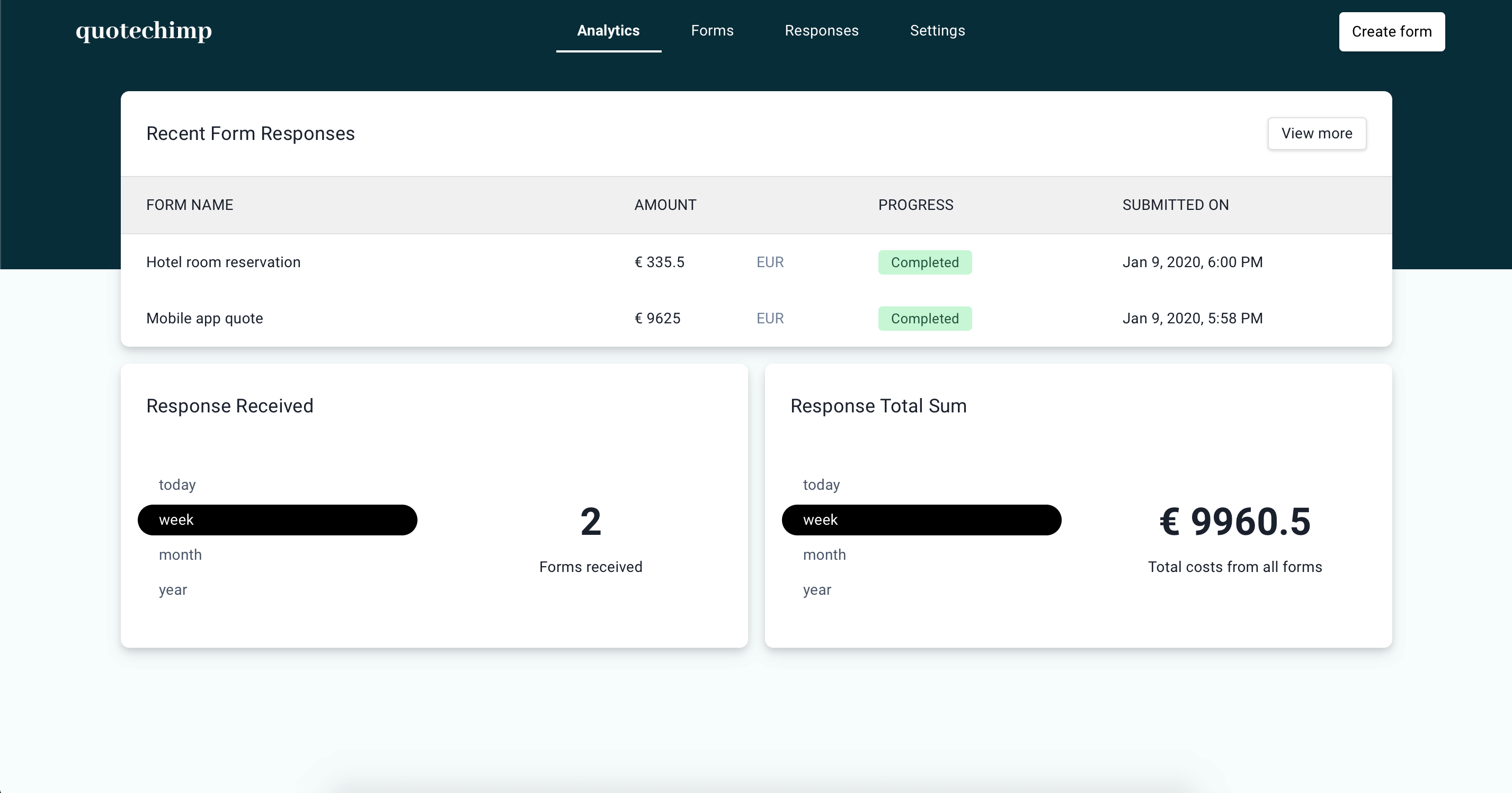 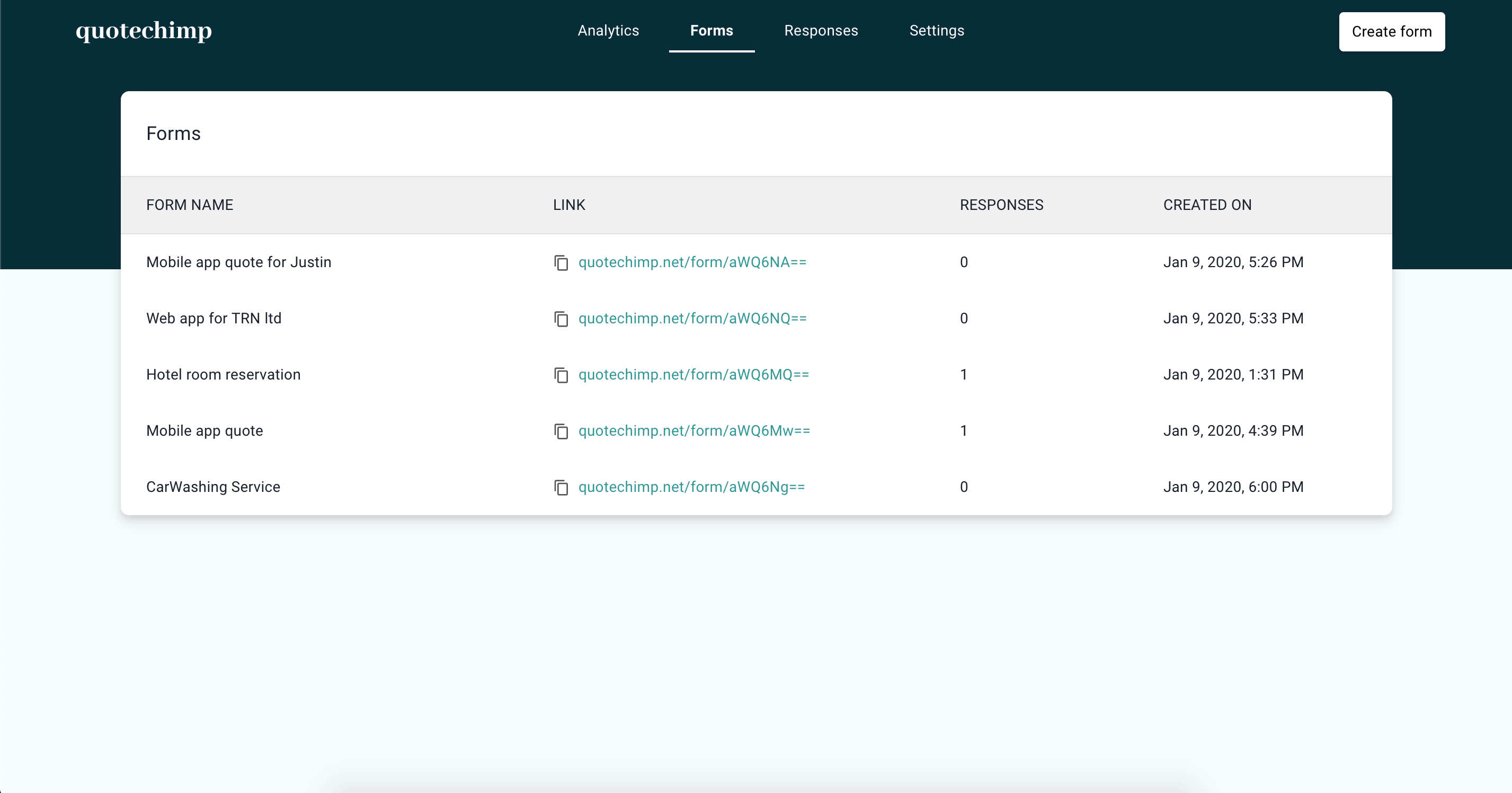 Homepage and dashboard of the first web app version.

On january 10, 2020, we released the first beta on ProductHunt (https://www.quotechimp.net) and invited those who had shown interest on our Upcoming page.

This brought us some users, which signed up happy to try out our tool, and created various forms, spacing from “app customisation” to “jewish wedding”!

The problem came later on: after 1 week, we did not had any new signup, and all previous users, captured thanks to the ProductHunt launch, were not active anymore. This lead us to put aside Quotechimp and focus on the other projects.

In retrospective, I don’t yet know if this has been a good idea. I just know I would’ve never expected what happened later.

This new wave of freshness and interest brought our interest in Quotechimp up again, after about 3 months of inactivity.

This lead us to the decision to give it another try, so we initially redesigned the platform and added new features, and later on came up with a totally new concept of how to interact with forms (ie: thanks to videos), and that lead us to Vique. Which is an entire new product by itself, that originated from a long story of indecisions and doubts about a project that we thought almost dead. 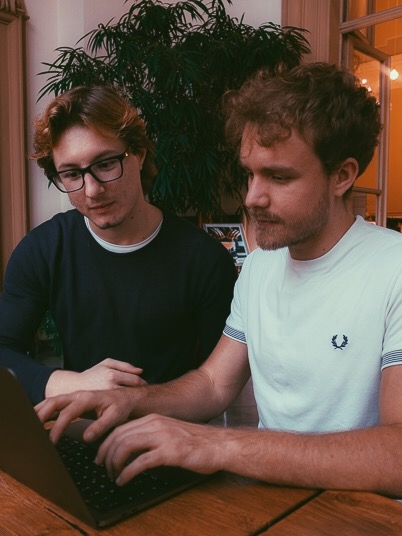